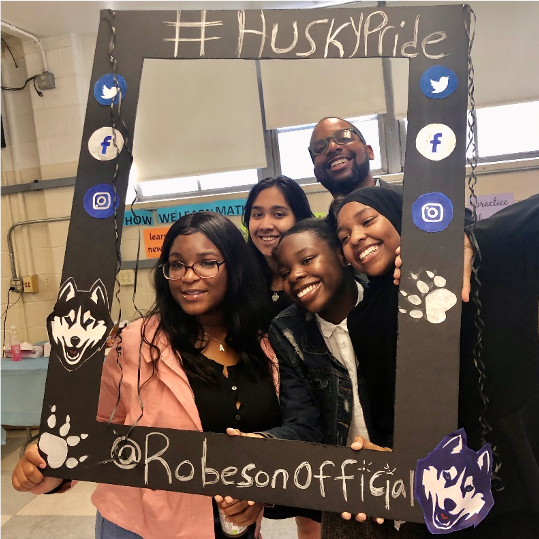 For many of us who have grown up with social media—a group that includes pretty much everyone under twenty-five—the mindless instinct and muscle memory to open Instagram, Facebook, Snapchat, or even Tik Tok with, at most, three swift taps claim much of our day. These robotic routines represent how integral social media has become in the way we engage with the world around us and this communicative integration is what Paul Robeson High School-based digital marketing company PRobe has capitalized on.

The PRobe team is a social media management company “for students, run by students.” More specifically, PRobe focuses on managing the social media platforms of various high schools throughout Philadelphia, creating a student and parent community that is “more informed, engaged, and energized with school spirit.”

Beginning with their own school, Paul Robeson High School’s Instagram regularly posts photos and videos from school events and trips as well as PRobe-made flyers, advertising upcoming events. Within 3 months of launching PRobe and overseeing the Robeson High Instagram, the account saw a 300% increase in followers.

Beyond the impressive entrepreneurship idea and dedication to growth of these students, the team is admirably all female-founded and run. Meet Aliah Harris, Kayla Daniels-Redden, and Siani Ross, the founders of PRobe. Not only have the three seniors created PRobe in partnership with the Bridges to Wealth Youth Entrepreneurship Incubator, but they have assisted the B2W Podcast Team. In doing so, they are featured in the episode with Donte and Rashon of Project Elevate, a partnership created by the two men wrongfully arrested in a Philadelphia Starbucks in April 2018 with the City of Philadelphia and Bridges To Wealth program, that helps public high school students in Philadelphia learn about entrepreneurship.

Like the founders of Project Elevate, the creators of PRobe want to a leave a legacy greater than themselves and have plans to expand further into the market of Philadelphia City high schools as well as pass down their company and guide younger students on the ins and outs of entrepreneurship.